Israel, a country where the vaccination passport was introduced and one of the toughest corona measures in the world applied, now seems to be making a comeback. As of today, June 1, most measures have expired and you can now work towards a normal life again. Israel stops with corona measures.

Health Minister Yuli Edelstein already announced May 23 that Israel would not extend most of its domestic measures after June 1.

“The number of cases has decreased, the virus is not spreading and we have no clinical disease in the country,” he said. “Even among the population that has not been vaccinated, the disease does not spread. In short, we have returned to normal life.”

Edelstein said the decision, which will lift all indoor and outdoor restrictions on gatherings, came after rigorous consultations with Health Ministry officials. The decision will also ensure that all Israelis will be able to use all public facilities again, regardless of their vaccination status.

The decision ensures that there will no longer be a maximum number of visitors, for example in the catering industry and other events. Also at performances and festivals no maximum number of guests will be applied.

Face masks will remain mandatory in public indoor spaces in the near future, until a different decision is made about this in further consultation. The mouth cap obligation is expected to be lifted soon as well, writes the Times of Israel. Another measure that still remains in force is the quarantine obligation for unvaccinated people entering the country, although Ha'aretz writes that two-thirds of the travelers already ignore this obligation.

Edelstein urged Israelis to abide by the measures for the time being, adding that if morbidity increases again, they will be reintroduced. He also called on Israelis not to travel abroad to destinations with high infection rates so as not to import new coronavirus variants that could circumvent vaccine protection.

With this step, the Israeli government is the first government in the world to return freedoms to the population. Only a few US states, including Florida and Texas, all led by Republicans, have taken steps to reopen their states and remove the measures. For example, Florida Governor Ron DeSantis assured a gym owner during a Fox News broadcast that he is doing everything he can to waive their sentences for not wearing face masks and making face masks mandatory in their gym. 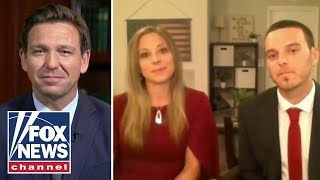 But Israel was still deep in the corona measures until today, with a vaccination passport (better known as the Green Pass). People with this passport were again able to do more than the unvaccinated. According to the website of the Israeli government took care of the passport as a “mandatory entry ticket to certain places.” People who have been vaccinated or have recovered from COVID-19 were given that Green Pass from the Israeli government.

For example, the Green Pass was needed to gain access to the hospitality industry and many other sectors and companies. Starting today, Israelis, both vaccinated and unvaccinated, will once again be able to participate in normal life without the Green Pass. The Green Pass was introduced in February for a period of six months, which they have now abolished prematurely.

The lockdowns have caused billions of Shekels in economic damage, with many SMEs having to close for good and complaining about insufficient government support. The sector hardest hit was the hospitality sector, with owners regularly protesting the draconian lockdown and other measures.

On Monday, Israel's council of ministers voted to maintain testing requirements for those entering the country at least 72 hours before the flight and immediately after landing.

However, it has lifted other restrictions, including a two-meter distance requirement at the airport and a requirement for travelers to change masks during the flight and for airlines to reduce in-flight services.

Ministers voted Friday to add Russia and Argentina to Israel's list of travel bans beginning Monday in light of rising infection rates in those places.

Still, coronavirus Czar Nachman Ash has urged Israelis not to vacation anywhere abroad for the time being.

Members of the Ministry of Health's National Forum for Dealing with the Coronavirus Outbreak said last week there were no talks with experts prior to the announcement aankondiging. According to the public broadcaster KAN, an unnamed member of the forum expressed his great surprise at the decision and asked questions about the underlying motives. Others told the outlet that they had only heard about the decision through news reports and suspected that there were political motives behind it.

Prof. dr. However, Dror Mevorach, chief of internal medicine at Hadassah Medical Center in Jerusalem, told the Times of Israel that the timing of the rollback was correct.

“The number of cases has decreased, the virus is not spreading and we have no clinical disease in the country,” he said. “Even among the population that has not been vaccinated, the disease does not spread. In short, we have returned to normal life.”