All MPs, except for the FvD, want to invite children to a vaccination campaign

All members of the House of Representatives, except for the FvD, think it is best that your children are persuaded to be vaccinated

Tens of thousands have died, more than a million suffer from mild to severe side effects in Europe alone.

A completely unnecessary risk that no one has to take and that certainly does not require propaganda or campaigning at all.

But the entire House, including Van Haga (??), agree that children between the ages of 12 and 17 will be invited to this national vaccination campaign. Vaccine propaganda.

We live in crucial times where almost literally every minute counts. Then, among other things, everything must be done, by people who see through it, to chase this vaccine off the land and off the planet.

I asked Wybren for a response because I couldn't imagine Wybren of all people agreeing to this.

“Really, Wybren? You know that vaccines kill a fixed percentage of a disease that doesn't kill anyone under the age of 70? This will not soon be forgiven you.”

"What nonsense. I am against vaccinating healthy children. This concerns exceptional cases, for example if someone has just had a stem cell transplant. Still completely voluntary. Don't be fooled.”

“Invite to vaccination campaign. How do I read that? That they are invited to be persuaded to get a vaccine shot, right? An unnecessary risk and the sample is already large enough to determine that an xx percentage will die and an xx percentage will have side effects that they carry with them for the rest of their lives. For nothing. NOTHING."

“I have a number of children in my environment who almost die. No more immunity or almost no lung capacity. The side effects of experimental gene therapy are minor when you're at the end of the options. This type of exception is only voluntary. The main rule remains: DO NOT vaccinate children.”

Then you believe in corona Or you believe that this vaccine works against something like that. Or this is a completely different discussion. It is up to you what you think of this answer from Wybren van Haga.

He can always respond.

This tells me that all members of the House of Representatives agree that children are being persuaded by a CORONA vaccination campaign to vaccinate (we'll call it that even if this injection isn't a vaccine) while they're not even 18 yet.

Then I conclude that all MPs have no problems vaccinating minors between the ages of 12 and 17 with this dangerous corona.vaccine.

This is because after months of injecting we have a huge sample of the deaths and injuries from the vaccinations and the law of numbers always come true.

The risk is completely unnecessary and people do not stop at one shot against this pandemic that no one sees and that cannot be found in the statistics.

But in the months and years to come, you will see a lot of people die from corona vaccines. And everyone, everyone who contributes to this and tries to stimulate vaccination, should take a good look at themselves in the mirror to see if they realize what they are doing. Or hire a good statistician. Because the numbers expose all the hypocrisy and cruelty.

We now have the figures for the so-called coronavirus:

Symptoms and deaths are exactly the same as the flu that has disappeared. With or without measures. With or without lockdowns or mouth caps. All spectacle that caused a lot of human suffering but did nothing.

And then the numbers of useless vaccines that will cause an extra death rate. The vaccine deaths. And whether that is 0,005% or 0,20%, it has been unnecessary and often happened under duress or blackmail. And it makes the number corona deaths not down.

This is many more deaths than all vaccine deaths combined in the US between 1997 and 2013. And that was already the case in March. You should check.

And if this so-called vaccine was still useful. It doesn't. Not for us as humans, anyway. But for stakeholders who don't care about your life.

It's being injected, they would tell us, against something that's measured with a non-functioning PCR test and has turned a cold virus into a media spectacle like you can make every year with the flu. You just show all the flu deaths on television every day. Some pictures of busy hospitals. If a 5-year-old boy dies of the flu, especially magnify it well. And voila! The country is in a state of fear. 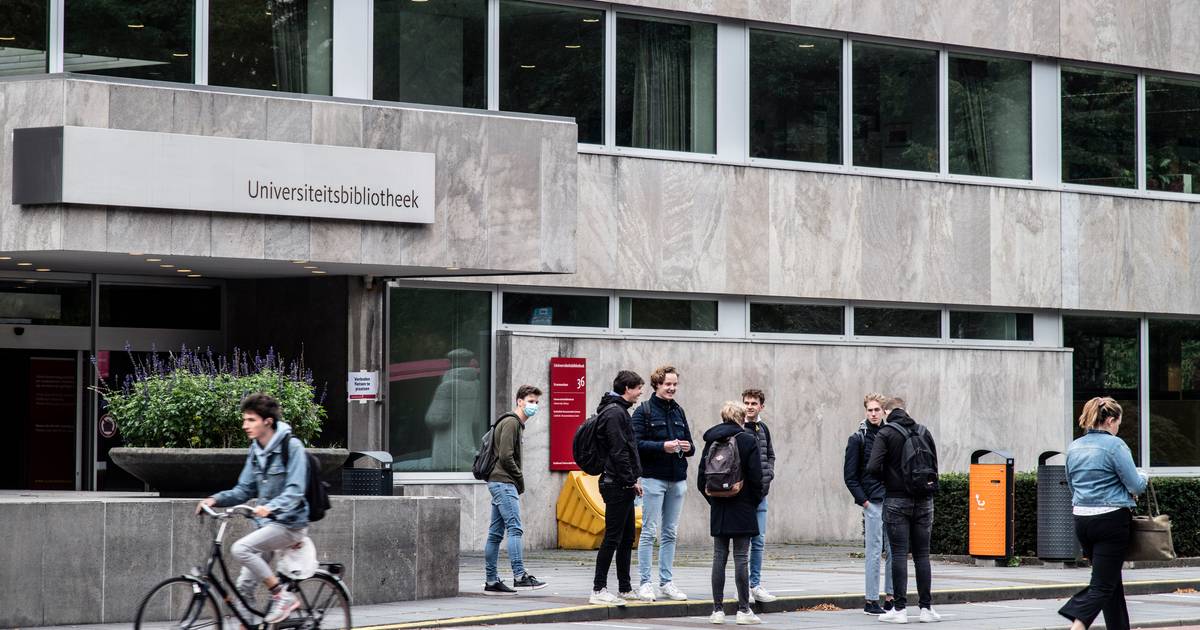 Radboud University: next academic year only access to campus with vaccination or rapid test
Radboud University students and employees are welcome on campus again from September, if they have been vaccinated against corona or can submit a rapid test. That is the plan of the Nijmegen University. As far as Rector Magnificus Han van Krieken is concerned, they do not have to…

Let alone what is happening in India.

It's a global plan and India seems far from your bed. But every country, every government MUST have his or her entire country vaccinated. How they do it, they do it, but it MUST! It's their job and if they don't get it done they've failed. For their bosses. Or do you really think the government wants the best for you?