"An attack on the independence of the European Parliament itself"

The European Parliament has lifted the immunity of Catalan politicians Carles Puigdemont, Antoni Comín and Clara Ponsatí. That was announced today after a secret vote last night. Spain is seeking their arrest through an international arrest warrant for their involvement in the 2017 independence referendum. 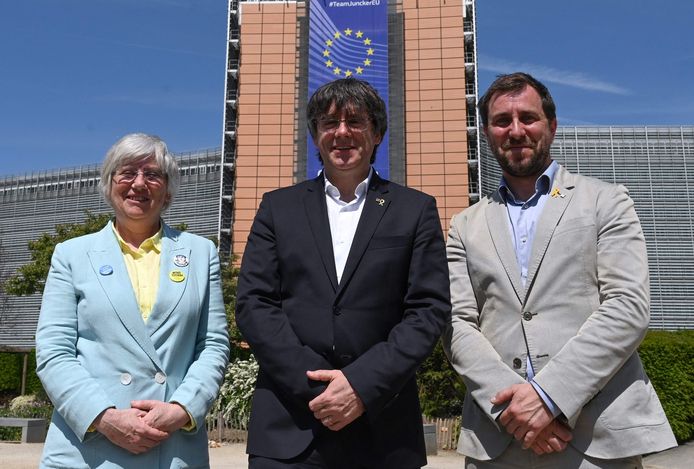 Clara Ponsati with Carles Puigdemont and Toni Comin in front of the European headquarters in Brussels.

MEPs held a secret vote yesterday evening on the waiver of the immunity of Puigdemont and his former ministers Antoni Comin and Clara Ponsanti. Because parliament has voted remotely since the outbreak of the corona crisis, the result could not be announced until this morning.

The Spanish court is suing Puigdemont, Comin and Ponsanti - who currently reside in Scotland - for their involvement in the 2017 Catalan independence referendum. The three had fled to Belgium after the referendum, Puigdemont and Comin still live in our country. Puigdemont and Comin were elected to the European Parliament in the May 2019 European elections. After months of legal battle, they were able to take up their seat in early 2020. After the departure of the British from the EP, Ponsanti was also allowed to take up her seat.

No statement about guilt or innocence

Because all three have been elected as members of the European Parliament, that hemisphere had to consider the waiver of their immunity, which came at the request of the Spanish Supreme Court. 400 members agreed to the request to waive Puigdemont's immunity, 248 voted against and 45 abstained. As far as Comín and Ponsatí are concerned, the result was identical: 404 votes in favor, 247 against and 42 abstentions.

The European Parliament argues that the prosecution of the three is not aimed at hindering their functioning as MEPs. The offenses for which they are being prosecuted took place before their election as European representatives of the people, the prosecution was also initiated before that. With its decision, the European Parliament also does not want to rule on the guilt or innocence of Puigdemont, Comín and Ponsatí, it says.

Two weeks ago, the Legal Affairs Committee recommended by 15 to 8 votes with 2 abstentions to waive the immunity of the Catalans. 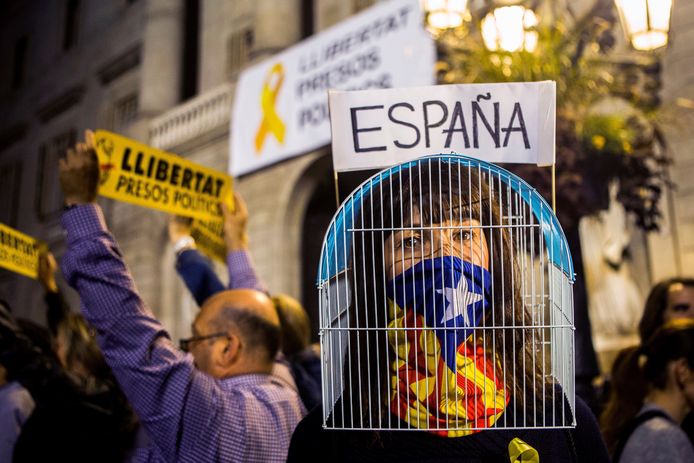 In Catalonia, there have been regular protests against the imprisonment of political prisoners for years.

The decision does not mean that they will now be automatically extradited to Spain. Several courts in Belgium have ruled against extradition in recent years because their right to an independent trial would not be guaranteed in Spain. In the latter case, the court waited for the decision of the European Parliament before a new decision would be made. The ball now returns to the court of the Belgian judicial authorities.

The three Catalans already indicated before the vote that they would return to the European Court of Justice if the parliament decided to waive their immunity. They believe that the Spanish Supreme Court has no jurisdiction to make such a request. The three MPs also continue to denounce the “political nature” of the proceedings against them. In Spain, other politicians and civil rights activists are serving years in prison for their role in the independence process.

The Belgian lawyer of Carles Puigdemont, Paul Bekaert, already predicted a legal battle in The Morning on Radio 1. After the European Court, the Belgian council chamber (and possibly the indictment chamber) must consider the extradition of Puigdemont and Comín. If he agrees, the Catalans will go to the Court of Cassation and, if necessary, also to the European Court of Human Rights, Bekaert predicted.

In an interview with Italian newspaper La Repubblica, Puigdemont said on Saturday that a waiver of immunity would be “an attack on the independence of the European Parliament itself”. Although most observers assumed that a majority would be in favor of the move, Comin last week expressed hope that the secret nature of the vote could lead to a different outcome. 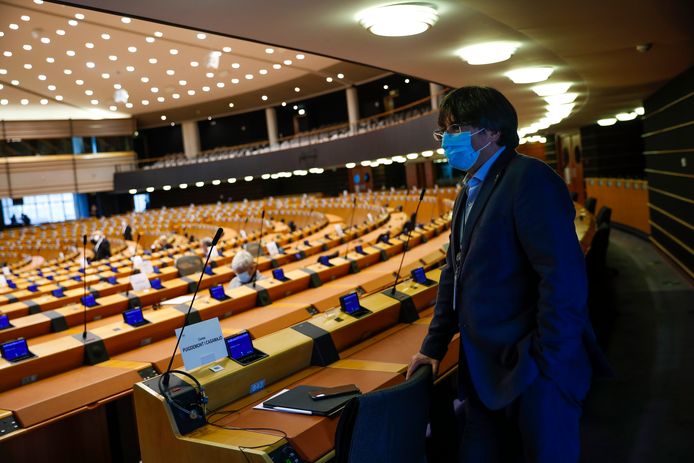 Puigdemont previously in the European Parliament in Brussels.

The green group already sent out a press release yesterday to make its opposition to the abolition public. “The political conflict in Catalonia and Spain must be resolved through political means, not through justice. I call for the dialogue between the Catalan and Spanish governments to be intensified in order to arrive at a political solution to the conflict, ”said Sara Matthieu (Groen).

There was also a lot of resistance or reluctance among the other Flemish members of parliament to comply with the Spanish request. For example, CD&V opted for an abstention. “Given the direct involvement of the Belgian court in this case, we want to be aloof. At the same time, we do not want to comment on the guilt or innocence of the three individuals, ”said Tom Vandenkendelaere MP.

Spanish
wpDiscuz
2
0
What is your response to this?x
()
x
| Reply