Scientists have isolated the coronavirus. Unfortunately, the virus is real.

“The coronavirus has never been isolated.” and “Has the new British variant ever appeared under the microscope?” An article in the Dutch internet medium "De Bataafsche Courant" wants to give the impression that scientists who study the corona virus actually do not know what they are doing. But the claims of “De Bataafsche Courant” are not correct.

For example, the author claims that no one in the Netherlands has died from COVID-19 alone. In some US states, 40% of COVID-19 deaths are also believed to have died from gunshot wounds. And COVID-19 would just be the flu. That is not true. De Courant also wants to minimize the risks of corona, but if we look at the death figures, it is very clear that corona is really a problem.

THE CORONAVIRUS IS REAL AND IT IS WELL DESCRIBED.

“De Bataafsche Courant” claims that “still not one virus has been isolated”. A fact check from Full fact fetches multiple sources at showing that the virus has indeed been detected and studied by scientists.

THE BRITISH VARIANT IS ALSO DESCRIBED

A new mutation of the virus was recently observed in the United Kingdom that is said to be more contagious than the version we already know. It concerns descent B.1.1.7. The article in “De Bataafsche Courant” doubts the existence of this mutation.

According to an article from Imperial College, the mutation was discovered in November. Also a article of the COVID-19 Genomics Consortium shows data on the mutation. Several samples of the British variant were taken. So science knows what B.1.1.7 looks like.

COVID-19 IS THIRD MOST COMMON CAUSE OF DEATH IN US

“De Bataafsche Courant” also claims that there are states in the US where 40% of US COVID-19 deaths actually died from gunshot wounds. The author does not provide any source for that claim.

It is true that in some states, in a number of cases, incorrect counting has been done. Thus there would be Grand County, Colorado two of the five corona deaths died from gunshot wounds. The deceased would have been infected, but according to the coroner, COVID-19 was not the cause of death. According to Scientific American Deaths in the US are reported in three stages. Errors are possible during the first phase. A check will follow at a later date at both the state and federal level. Those two categorized deaths were so noticed. 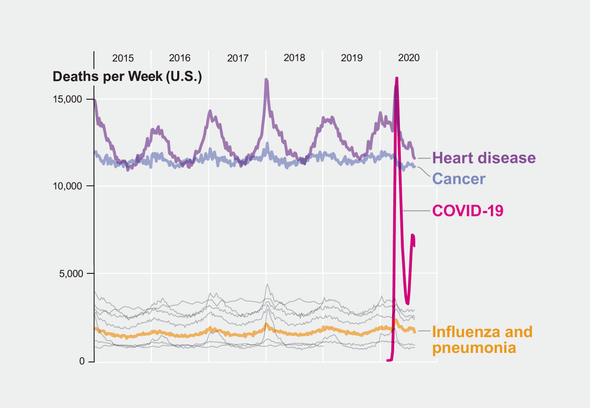 DUTCH MEN DID NOT ALL HAVE UNDERLYING CONDITIONS

The claim that in the Netherlands all deceased had underlying conditions is also incorrect. According to a fact check of Health and Science, covid-19 can also cause a very serious illness and death in healthy people.

The Netherlands would also have greatly underestimated the number of corona deaths during the first wave. According to a rapport of the Central Bureau of Statistics (CBS) and the Amsterdam Medical Center, in addition to every 10 registered deaths as a result of corona, between 5 and 10 extra people have died from corona. Those extra deaths would then not have been registered by the Dutch government. In other words, the number of Covid-19 deaths would be underestimated rather than overestimated.

AUTOPSY CAN BE ON PEOPLE INFECTED WITH COVID-19

PCR TESTS ARE NOT 100% RELIABLE

The site also claims that the PCR tests are unreliable. We already had an article about this on Factcheck.Vlaanderen fact check. Of course something can go wrong with every test, but they are the only tests we have. They are sufficient to show whether there is an increase or decrease in infections in our country.

According to the Bataafsche Courant, the WHO would claim that COVID-19 is just a flu. The author does not refer to any source for this. from a video van Geert Molenberghs (KU Leuven and UHasselt) for the University of Flanders shows that COVID-19 is indeed more deadly than the flu.

Skeptics often question whether too many deaths are attributed to Covid-19. But if you just put all the causes of death together, it's clear that something special is going on in 2020. On the graphs of EUROMOMO It can be seen that the total number of deaths is much higher in 2020 than in 2018 or 2019. No distinction is made here between COVID-19 deaths or people with another condition. Clearly a greater number of people died in 2020 than in other years. And that means that there is probably a new factor at play: the coronavirus.

In the first graph you can compare the cumulative death rates in Europe for 2018, 2019 and 2020. There you can clearly see that the blue line (number of deaths in 2020) is much higher than the others.

The second graph shows the peaks of death rates in 2018, 2019 and 2020 in Europe. It is very clear that in 2020 a very high number of people have suddenly died. The graph shows the number of deaths per week. In 2020, a clear peak can be seen at the beginning of April, which is much higher than in other years. There is also a peak in November. The November peak is lower than the April peak, but lasts a few weeks longer.

The graphs of Belgium and the Netherlands also show this. The graphs indicate that corona is unfortunately not just a specter of overzealous virologists. 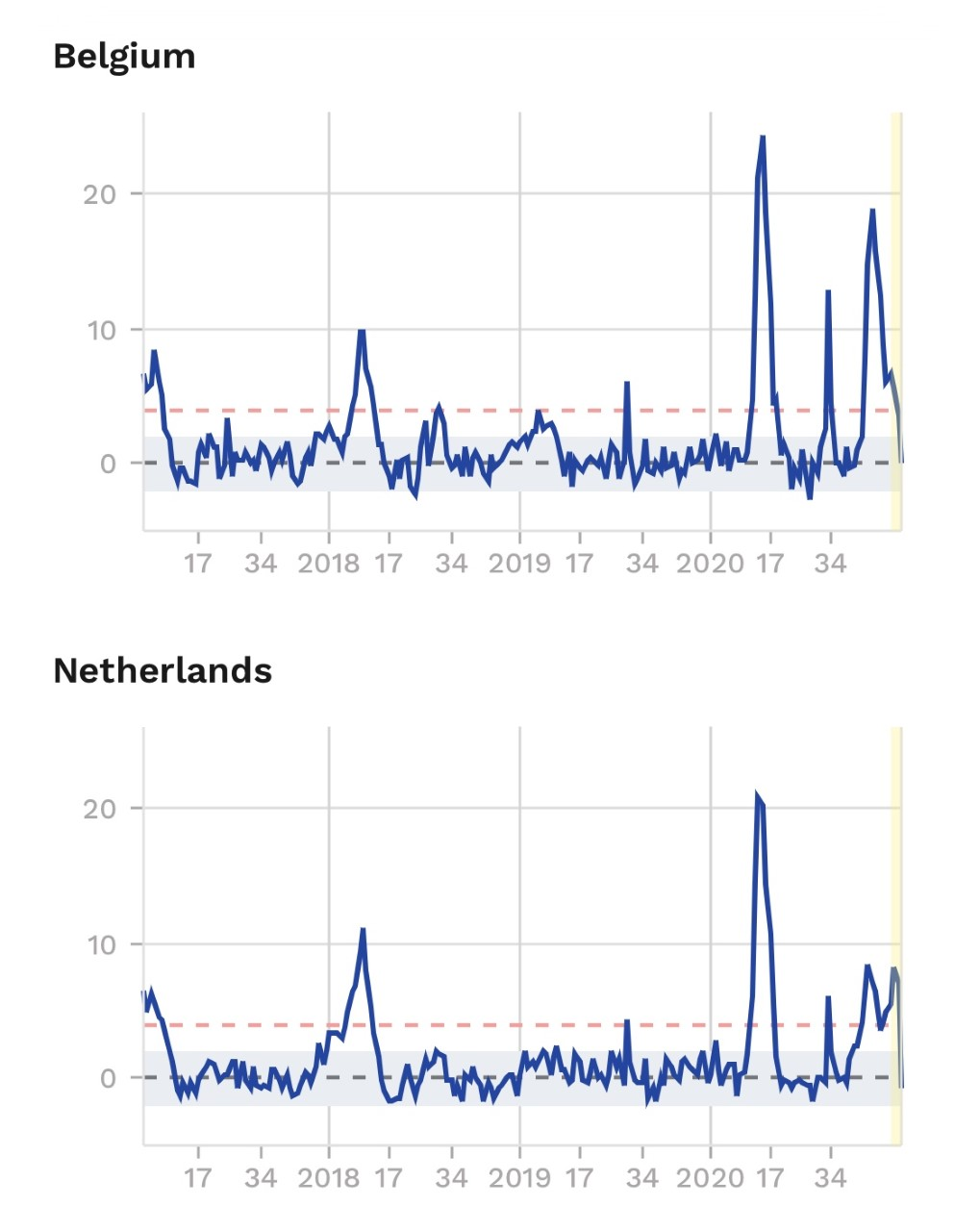 SO, “THE DOMESTIC BATABSCHE COURANT” IS WRONG

The arguments put forward by the author are all refutable. It is not known who is behind the article. “The Batavian Courant” does not name authors and refers only to own articles. The coronavirus has already been isolated by scientists. The British variant has also been studied. And COVID-19 is not just a flu. The death rates clearly show that more people will have died in 2020 than in previous years. Corona is unfortunately very real.

More evidence for the plandemic