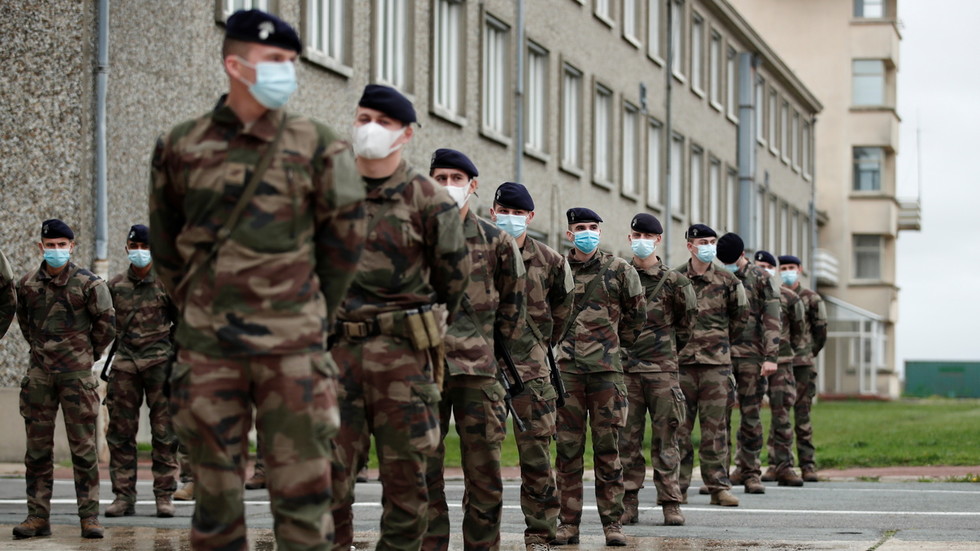 A group of active French military personnel has published a new open letter to the country's president, Emmanuel Macron, warning him of a “civil war” brewing in the country after all the “concessions” he has made to Islamism.

The letter, published late Sunday in the conservative magazine Valeurs Actuelles, appears in a similar tone to the message published by the same outlet last month. Unlike the previous one, which was signed by 25 retired generals and active duty soldiers, the new letter is anonymous and open for signature by the general public. Monday afternoon noon it had attracted more than 12.00 signatures.

The authors of the letter have described themselves as French soldiers on active duty, belonging to the younger generation of the army that has seen actual combat in recent years.

“We are what the newspapers have called 'the fire generation'. Men and women, active soldiers, of all armies and of all ranks, of all opinions, we all love our country. These are our only claims to fame. And although according to the law we cannot express ourselves with our face uncovered, it is equally impossible for us to remain silent, ”the letter reads.

The letter accuses President Macron of making "concessions" to Islamism on French soil, while the country's military has shed its blood to fight it in "Afghanistan, Mali, the Central African Republic or elsewhere."

The authors also indicated that at least some of them participated in the domestic operation Sentinelle, launched after the devastating Charlie Hebdo terrorist attacks in 2015, and witnessed certain ethno-religious communities in France completely disconnected from the rest of France. the country.

For such communities, "France means nothing more than an object of sarcasm, contempt or even hatred," the letter reads.

Like the previous letter, this new one warns the republic's authorities of an imminent “civil war” in which the very existence of France is at stake. "Another civil war is brewing in France and you know it all too well," the letter reads.

The letter's authors also expressed strong support for the signatories of the first letter and sharply criticized the government's response to it.

"In order to encourage the military's senior officers to take a stand and expose themselves, the reason for writing anything other than combat reports must be quite perverse," the letter reads.

Cowardice, deceit, perversion: this is not our view of the hierarchy. On the contrary, the military is pre-eminently the place where we speak the truth because we put our lives into action.

The first letter, published on April 21 - on the 60th anniversary of a failed coup against General Charles de Gaulle over his support for Algerian independence - caused a stir among top French officials. Prime Minister Jean Castex burned the message “an initiative against all our republican principles, of honor and the duty of the army,” while the army announced that it would punish signatories on active duty.

Sweden on its way to Civil War