Court orders: Belgium must lift 'all corona measures' within 30 days

Belgium must lift 'all corona measures' within 30 days, ruled the Brussels court

The Belgian State has been ordered by the Court of First Instance in Brussels to lift 'all corona measures' within 30 days, on pain of a penalty. The League for Human Rights had filed the lawsuit. Among other things, the complainants are challenging the system of ministerial decisions, in which the federal government implements plenty of corona measures without the participation of parliament.

The court now holds that all corona measures are illegal, because the legal basis of the ministerial decisions consists of quicksand.

The defense had argued that these decisions "are systematically withdrawn from the Council of State under the guise of urgency". According to the lawyers, after a health crisis that has now been going on for a year, this urgency is only an excuse to avoid parliament.

“The consequences are not yet that dramatic. It is not the case that no measures will apply from one day to the next ”, responds Kati Verstrepen, chairman of the League for Human Rights.

At the cabinet of Minister of the Interior Annelies Verlinden (CD&V) can be heard that the verdict is being studied. In any case, an appeal is still possible against the decision.

Peter De Roover (N-VA): 'The verdict is disgrace for the government'

The verdict of the Brussels court on the corona measures is “the accident waiting to happen for which the government closed its eyes”. For example, N-VA party leader Peter De Roover responds to the ruling requiring the measures to be lifted within thirty days. De Roover is talking about an embarrassment to the government. 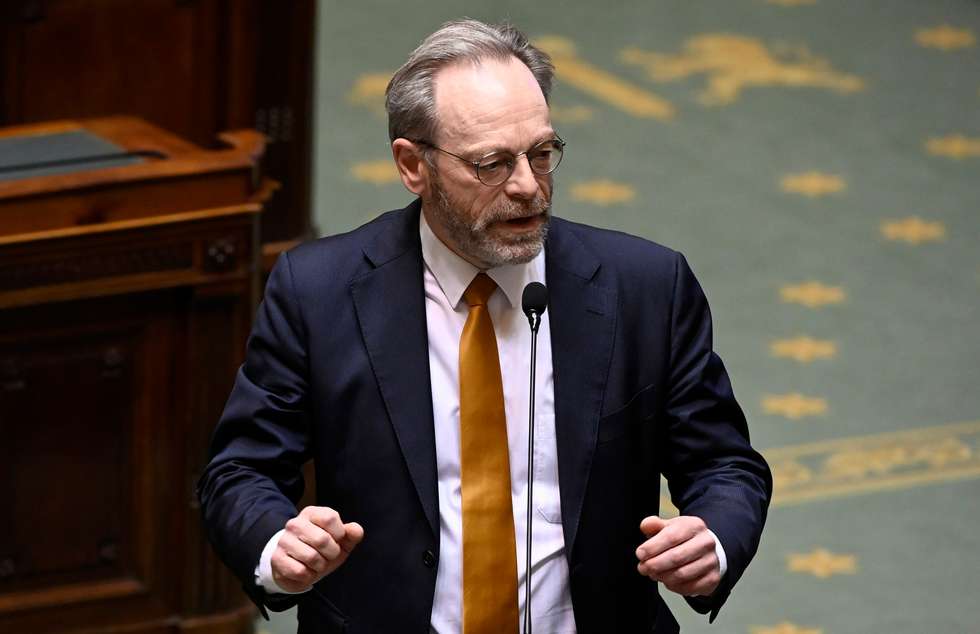 “Today is happening for which I have been warning for months”, says De Roover. “This government took enormous risks by opting for ministerial decisions to implement freedom-restricting measures in its corona policy. That warning was ignored by the government.

“This government has played with fire in enforcing its corona measures and has been warned about week-after-week in parliament. By providing for a period of 30 days, it is the judge who protects the government from total chaos, but the political damage is enormous ”, De Roover concludes.

The League for Human Rights writes on their site:

As a reminder: both Leagues went to the judge in summary proceedings at the end of February because of the lack of a pandemic law. Until now, the Minister of the Interior has taken measures that limit our fundamental rights without a sufficient legal basis and without consulting the Legislation Department of the Council of State beforehand. This long-standing illegal situation was denounced by the Leagues before the judge in summary proceedings. We demanded a sufficient legal basis.

The judge in summary proceedings has followed both leagues. The three laws that until now had to form the basis for the decision-making power of the Home Secretary - the Civil Protection Law, the Civil Security Law and the Police Office Law - were only enough to provide a rapid response in a acute crisis. However, according to the lawyer, they cannot be used for a crisis that has now lasted for more than a year. The general and long-term way in which the Minister of the Interior takes measures to limit fundamental rights has no basis in those three laws. “The current way of working is therefore not foreseeable to the citizen and is therefore contrary to the principle of legality,” explains Liga chairman Kati Verstrepen.

The judge in summary proceedings therefore recommends that the Belgian state provide a legal basis in order to nullify the existing, illegal situation. Our government must therefore provide for a pandemic law within 30 calendar days. Every day too late, the state has to pay a penalty of € 5000.

The League for Human Rights and the Ligue des Droits Humains are relieved by this ruling and hope that the parliamentary debates on the pandemic law will be taken up further. Indeed, given the limitations of the fundamental freedoms imposed to combat the Covid-19 pandemic, debate in parliament is essential. Restrictions on these rights and freedoms are of course possible, but given the importance of what is at stake and the need to protect individuals' right to life and health, they must be fair and proportionate. Even in a health or security crisis, the principles of the rule of law and legality must be respected. Apart from their formal requirements, these principles are the best guarantee of the democratic legitimacy of the measures taken and thus of popular support.

As we pointed out during our intervention in the hearings in the Chamber, it seems to us that the current preliminary draft pandemic law currently under discussion does not meet these requirements. Importantly, the preliminary draft provides for numerous powers that are conferred on the government to restrict fundamental rights and freedoms. Today's verdict of the interim injunction judge appears to confirm our concerns.

“It is also indisputable that the future pandemic law must not only enshrine the current way of working into law, but also think further and protect our constitutional state for a long time, even in times of crisis. It would be good if the members of parliament who have to discuss this preliminary draft would take this into account in their work ”, Liga chairman Verstrepen concluded.

Weimar court: Corona measures shake democracy
The legal grounds for the infinitely long series of corona measures are currently under investigation. Under the guise of “beating the coronavirus” unimaginable interventions have been made in democratic, constitutional and humanitarian human rights. The rights of many hundreds of millions of people have been violated worldwide and in an indescribable way. More and more judges are condemning the governments that impose these corona measures. […]
Follow us on social media