Former Prime Minister Dries van Agt, who was Prime Minister from 1977 to 1982, has canceled his membership of the CDA because there is said to be 'too little support' for the Palestinians.

In a Verkaring Van Agt indicates that the CDA's voting behavior in recent motions has fallen 'roughly on the roof', he finds it incomprehensible that the CDA continues to turn its head from the "immense suffering" inflicted on the Palestinian people, and accuses it of being old party of violating the constitution.

In late May, the CDA voted against motions that included recognizing a Palestinian state, declaring it illegal to keep territories won by Israel in previous wars, and condemning Israel's violence against Palestinians in Gaza.

What Van Agt seems to be forgetting is that the violence that Israel used was in response to the thousands of rockets that Hamas, a Palestinian political party and terrorist organization that rules the Gaza Strip, has shot into Israel.

Van Agt tried for years to move the party to a more pro-Palestinian stance. Fortunately that failed.

“I have lost hope that the CDA will side with law, justice and solidarity with people in oppression. I therefore feel alienated from my party and no longer at home there, and can now do nothing but cancel my membership.” – Dries van Agt

During his premiership, Van Agt was still very pro-Israel, and Israel could enjoy the unconditional support of its Dutch government. So now that has changed, he has turned 180 degrees and is now on the side of the Palestinians.

As it turns out, he has not only 'changed his mind' in this regard. In the elections of 2017, Van Agt no longer voted for the CDA. He later revealed that he had given his vote to the BDS-supporting GroenLinks.

“The behavior of the CDA faction has deeply disappointed and offended me. I bid you farewell in sorrow.”

Van Agt's full statement can be read on the website of the organization he founded, The Rights Forum.

Translation: as a party we continue to work for a noose around Israel's neck. 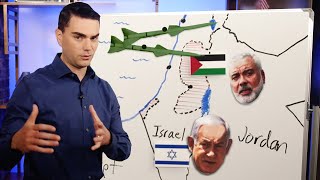