FvD'ers stand up and defend our democracy!

FvD'ers stand up and defend our democracy!

During the FvD campaign in Roosendaal, Thierry Baudet called on FvDers to check in all polling stations in the Netherlands whether things are going fair and to take a photo of the results PER LOCAL.

"There are 2 ways it can go wrong.", said Thierry Baudet about the upcoming March 17 elections.

“Ollongren, great enemy of democracy. The woman who single-handedly killed the referendum. She now wants it to be possible to vote in writing WITHOUT SIGNATURE. So you can no longer control that. ” 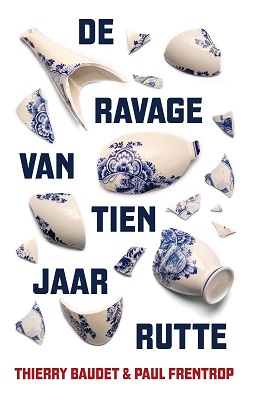 "May be owned by Dominion or some other renowned international company."

Thierry wants to send FvD'ers to all those polling stations to take a photo of the results per room on the spot.

“We're going to need you all for this. Without exception."

And he will succeed. They will undoubtedly get at least one FvD member in every polling station in the Netherlands to check.

The established gang and the media will try to ridicule this. Let them go. They are terrified of this party estimated to have 4 seats in the polls.

We see EXACTLY the same thing happening in the Netherlands as in America. In the House of Representatives, there was a vote AGAINST transparency during the elections, Baudet reports at the end of the excerpt below.

It's simple, right? If you want genuine elections and have nothing to hide, then you are removing as many unnecessary risk layers as possible from the election process?

So not a result on a USB stick that then goes to a town hall to be entered in a computer and then stored “somewhere” for 3 nights… No! Stop it.

Redundant. Cumbersome. Communicating transparency and direct results is safe and simple. There is no reason whatsoever, other than fraud, to deny more transparency, which can be achieved by making the process easier and less cumbersome.

Don't be naive.  Those who dismiss this as exaggerated or unnecessary, have no idea what is going on in the world or what is happening and already see that the FvD, among others, is going to thrive during these elections.

Nobody in the EU and none of the globalists is waiting for a Netherlands where a party like the FvD wins the elections. That messes up the whole agenda.

People who are aware of what is happening in the world, who know that everything will be done to ensure that no FvD comes to power here in the Netherlands. The satanic plans must continue.

The meetings of the FvD are dismissed as clumsy by smarties, who call themselves journalists. It sounds awkward, yes. What do you want with a ridiculous five-foot rule? It's not a sight and ridiculous. And not being allowed to announce the places where they will be campaigning has also been ripped off.

But they are there! And the people too.

Can you imagine such an open-air campaign meeting of the VVD at these times? Or D66? Or the CDA? That they build a stage in a city or village? They are likely to be sent back by the people wherever they go.

And the voting has already begun. In Hoorn. 1.470 voting passes were incorrectly delivered. Also to DEATH!

In the municipality no fewer than 1470 voting passes were delivered incorrectly, because the municipality was not careful with the new regime regarding postal voting. Apparently the civil service of the Noord-Hollandse place used the electoral file that was set on November 17, 2020, instead of on February 1, 2021. During that period people moved and of course also died, because of corona. Which reports the Noordhollands Dagblad.

Spanish
wpDiscuz
8
0
What is your response to this?x
()
x
| Reply