A new report warns the Dutch government to be vigilant about the influence of the Chinese communist regime in the Netherlands through educational and cultural infiltration.

The researchreport , which was released in late March, was written by Professor Frank Pieke at the Asia Center of Leiden University in the Netherlands. The report was funded by the Chinese Knowledge Network of the Dutch government. 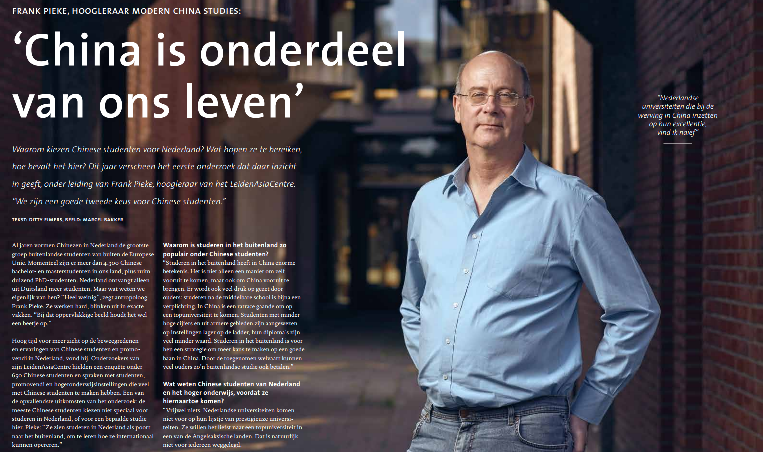 The report said, "The foundation for influencing the Chinese Dutch has been laid and creates potential for interference." Pieke urged the Dutch government to be vigilant and proactive to prevent the Chinese regime from adversely affecting the Chinese expat community in the Netherlands.

After the Dutch parliament at the end of February passed a non-binding motion To condemn the Chinese Communist Party (CCP) genocide against Uyghurs in Xinjiang, Dutch Chinese-language media Shunhe released a joint statement with 55 Chinese expatriate associations in March. 8, accusing the Dutch parliament for passing the motion. The statement simulated the same message that the Chinese embassy in the Netherlands issued earlier in response to the motion.

A similar statement was made handed in by the China Council for the Promotion of Peaceful National Reunification in the Netherlands, another Chinese expatriate organization in the country.

The report addressed issues related to Chinese language teaching in schools and suggested that the content would meet the demands and needs of the Dutch population and not yield to the demands of China.

Meanwhile, the University of Groningen in the Netherlands has also announced its contract with it Confucius Institute cannot be renewed due to concerns about ties to the Chinese regime. Confucius Institutes are managed under the Chinese government agency Hanban , under the Ministry of Education. It promotes the Communist ideology and agenda of the CCP, including censoring topics that the regime deems sensitive, such as the prosecution of Falun Gong supporters and Uyghurs.

The report also said that the dialogue between the Dutch government and representatives of the Chinese communities in the Netherlands is essential to counteract the influence of the Chinese regime on the expatriate communities, as it “will promote integration, participation, diversity and openness, as well as the sending a signal to China itself. "

Tibetans, Uyghurs, Kazakhs, Hong Kongers, Southern Mongols, Taiwanese and Chinese democracy activists are calling on governments to oppose the suppression of freedom, democracy and human rights by the Chinese Communist Party outside the United Nations headquarters in New York.

Spanish
wpDiscuz
6
0
What is your response to this?x
()
x
| Reply