The new normal? - Children who try to commit suicide for fear.

Reports from the UK.

The new normal? - Children trying to commit suicide for fear that their family will catch Covid 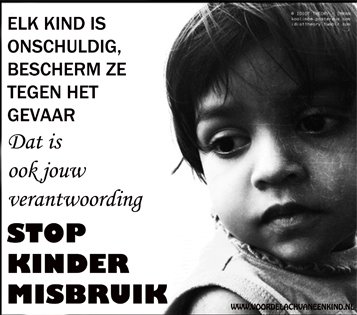 The government's actions in following a science that involves imposing dictatorial tyranny and depriving the general public of their rights and freedoms in order to supposedly prevent the spread of a virus that is statistically less than 0,02% of kills those it infects has had a devastating effect on a forgotten generation. Children.

The scientists insisted that the government take a sledgehammer to crack a walnut to prevent thousands upon thousands of unnecessary deaths from occurring in an age group of people who were statistically at the end of the road anyway - the 75- seniors. But in doing so, they have created an epidemic of depression, self-harm and suicide in the younger generation, whose job it will one day be to pay off the enormous debt this country has saddled itself with thanks to the general public's obedient adherence to authoritarianism.

Ethan Bourne was a typical 12-year-old who didn't really talk about his feelings. He lived a seemingly happy life with his mother and siblings and stayed with his grandmother every weekend. Four days after his 12th birthday, he baked a cake with his mother and told her how much he loved her. Five days after his birthday, he was found dead in his bedroom after committing suicide. The only line of reasoning the family could provide was that he would have had a hard time without the routine of school.

Ethan's grandmother said, “Ethan had a name. He is an individual. He's ours. But what he died of has no face. Mental health has no title. “

“If you plug something in and it doesn't work, you know it's broken. When something no longer works with a child, you can't see it, you don't always know that something is so wrong. “

Unfortunately, Ethan is just one of many. A report from July 2020 found that the number of suicides in children during the first 56 days of 'lockdown 1' has unfortunately increased. There were 25 probable childhood suicides during the first 56 days of lockdown. But there were only 26 probable childhood suicides in the 82 days before the lockdown began. Of the 25 sad childhood suicides that occurred during lockdown, 12 were identified as likely due to “Covid-19” -related factors. In other words, probably due to “the dictatorial tyranny” imposed by the authorities. (The report can be found here)

Another July report released by the youth counseling service of the NSPCC, 'Childline', showed that counseling sessions for children 11 and under increased by 37% during 'Lockdown 1' compared to the number of sessions before the lockdown began. The phone calls related to mental and emotional health and concerns about family relationships, arguments, and stressed parents.

Peter Wanless, who helps run the NSPCC, says, "There is no doubt that the coronavirus pandemic has had a direct impact on the mental health of many of our children and youth across the country." (Have you noticed the pattern that all of these problems are attributed to “the coronavirus” rather than the actual cause that has been a dictatorial government following one-dimensional bad science?)

Childline also reported that between March 23 and June 30, 2020, the charity gave a total of more than 60.000 counseling sessions, one-third of which were about mental and emotional health. What's even more troubling is the fact that, after the lockdown began to ease, Childline reported that more young people shared concerns about what the school might look like and that they were afraid of contracting the coronavirus.

The authorities should be ashamed. Their fear campaign, broadcast on every TV channel, radio station, headlined in every newspaper and advertised at every opportunity to scare the nation into complying with dictatorial tyranny, all in the name of 'following the science' managed to get the people to terrify. children's hearts enough to take those fears to a children's charity helpline. Where's the outrage? Why are these people not called to account? Why don't the journalists in these daily "propaganda" briefings ask the government questions about this travesty?

We're sure you've heard enough about the shocking effects of lockdown on the children of the UK, so we'll end with these shocking facts.

Many support services, therapies and respite services for vulnerable children and people with special educational needs were not provided and are not provided at the level they were before the initial lockdown began. With many shifts going to zero at night after Boris Johnson broadcasts to the country that they should “stay at home”. As a result, some of these children resorted to self-harm and attacked their parents, with Donna Jennings of the Evangelical Alliance reporting that "children stick their heads through windows" and "break their parents' arms."

A representative from the Children's Law Center, Rachel Hogan, also reported how “There has been preventable harm - physical, mental damage - done to children and young people through the policies that have been rolled out and the restrictions,

"During the pandemic, the respite units were closed and the timing of these closures couldn't have been worse, as it coincided with the closing of special schools." Ms. Hogan also added that a small number of children had to be chemically restrained or sedated to avoid injuring themselves.

Need we say more? The majority of the reports we've revealed here are just the effects of what a few months of draconian restrictions had on the children of this country. We have now been going on for almost a year and the true magnitude of this disaster remains to be seen.

The government propaganda recently released in the form of an advertisement asked the general public if they could “look them in the eye and tell them that you are helping by staying at home?”. Well, we have only one question for the government, the one-dimensional scientists and the lockdown fanatics and docile supporters of this dictatorial regime.
Can you look a child in the eye and say it was worth it?

Brand letter from the Mothers of the Netherlands: "Follow your conscience, not the rules!"
Fire letter from the Mothers in the Netherlands On behalf of a large group of mothers and for all children in the Netherlands, we sound the alarm. The recently tightened corona measures in schools, including a new testing, quarantine and possible vaccination policy, will continue to disrupt the lives of our children. This could result in irreparable, serious damage. Our mother's heart beats […]
Follow us on social media

Spanish
wpDiscuz
5
0
What is your response to this?x
()
x
| Reply